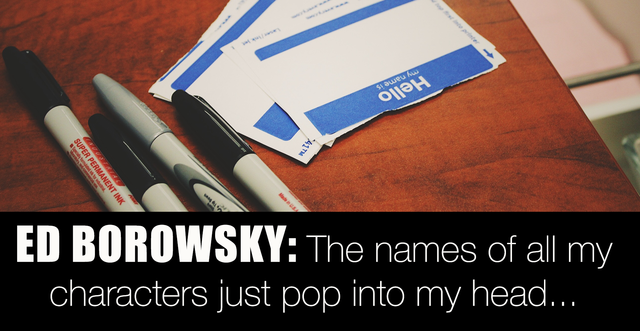 At the time when I picked the name Harold Kushner for the name of my protagonist, I didn't think of the renowned Rabbi Harold Samuel Kushner.

I just picked a name that came to mind and one that would work with his sidekick, Murray. I hate to admit it but I had no idea who Harold Kushner was. I'd heard about his classic When Bad Things Happen to Good People though I'm not sure I've ever read it. Boy, is that embarrassing to reveal. Like my character, I might not be the brightest bulb in the bunch, or perhaps I'm beginning in the early stages of dementia? God forbid!

I never outlined The Great Mongolian Bowling League of the United States of America. Rather I wrote from a stream of consciousness, week to week. Now when reading my own book, I at times go back and say to myself, "Did I write this?" (Who else has had this experience?)

The names of all my characters just pop into my head and, as they say, "That's the truth, Ruth!"

I knew that the fictitious Harold was an average Jewish man, living an average life in the small town of Land O Lakes, Florida. I wanted to write about the unlikely hero, which exists in most of us. As Harold reveals later in the book:

Not everyone is destined to be great like Genghis Khan so I justified my existence, living in a small town, socializing with small-town people working for the town I called home. I've always felt my work was as noble, as important as any other human being sharing their existence in God's universe."

I believe at some point in our lives we all ask the questions, "Did I live a good life? Did my life have meaning? Did I make a difference in the world? Was I a good person?" Well there! I just gave it away. This is what the book is all about. So if you'd like to find the answers to these questions, I'd suggest you buy and then read the book.

At one point, Harold recites a verse, which I found in and paraphrased from my prayer book, that reflects his values. It reads, as follows:

What do I offer to the lonely human soul? In a word I offer friendship. I can offer myself as a refuge, an island of caring in the midst of a hostile, competitive world. In a society that segregates the old from the young, the rich from the poor, the successful from the struggling, I can open my heart and be the one place where barriers fall and we all stand equal before God."

I'd found this by randomly scrolling through one of my prayer books, Siddur Sim Shalom for Weekdays, published by The Rabbinical Assembly, The United Synagogue of Conservative Judaism, New York City, in 2002. It's located in the Introduction on page xiii. That's where I found it.

The title of the paragraph was "Religion and The Lonely Soul." It reads,

What does religion offer the lonely human souls need? In a word, it offers community. Our place of worship offers us a refuge, an island of caring in the midst of a hostile, competitive world. In a society that segregates the old from the young, the rich from the poor, the successful from the struggling, the house of worship represents one place where the barriers fall and we all stand equal before God."

It was only at this point that I realized there was another Harold Kushner in the world. I was then completely blown away. Here I was writing about my fictitious protagonist, and now I—by coincidence—had found the perfect verse for my character to contemplate and it was by the real Harold Kushner! The thought popped into my head that perhaps we are born with our individual God-given talents and perhaps, just perhaps, God guides our hand along the way.

As you can see, I modified the verse to fit my novel. And now, as I put down my pencil, I will pick up When Good Things Happen to Bad People. Thank you, Harold Kushner.