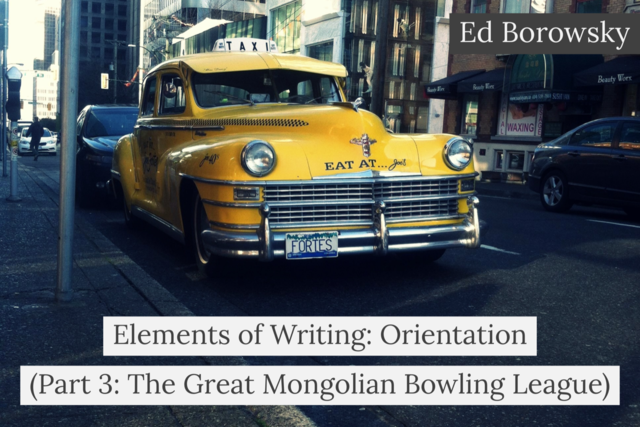 The spark zapped me when I was coming home to Orlando, Florida, from my sister's house in Chicago. I hopped into the taxi and the taxi driver asked me where I was headed.

He replied, "I'm going to Orlando next month."

I asked, "Are you going to Disney?"

I then asked, "Where you from originally?"

"Is bowling big in Mongolia?"

I then asked, "How many people are going to the tournament?"

"Over six-hundred," he said.

Spark. Six months after that chance meeting, I went to the bowling alley in Orlando to meet the manager of the lanes. She told me that she remembered the tournament and pulled out her records, which indicated that there was about 60 Mongolian-Americans in attendance that day. I must have heard him wrong, but still, with their accompanying family members, I thought that was quite a turnout for the first-ever Mongolian-American bowling tournament in the United States of America.

In 1990, Mongolia declared their independence from Russia in a silent coup that put the Mongolian population of 2.7 million in great peril. It thrust the country from an old Soviet-style communist state to a capitalist democracy overnight.

This idea swirled round and round in me. I sat down numerous times in the span of two years trying to write the book without success. The fact that I had only met one Mongolian/American was holding me back.

One morning I woke up around 5 a.m., in that half-awake/half-asleep dream state, I realized that I could write the book from the perspective of a seventy-two-year-old Jewish man. I had found my voice that early Sunday morning and "The Great Mongolian Bowling League of the United States of America" was born.

Bowling is the crucible holding the story, however, "The Great Mongolian" deals with aging and the questions we all ask as we get older. "Did I lead a good life?" "Was I a good person?" "Did my life have meaning?" If you'd like to find answers to these questions, I encourage you to read my book.

The orientation is, "Can one live a simple life in a small town, work a small job, live without a family, and find meaning and fulfillment in living?"

I'm happy to report that "The Great Mongolian" took first place in the Novella category in the 2019 International Book Awards.

In reflection, I got that spark when I entered the back seat of that yellow taxi cab and now as of this writing sparks are still flying. There are more adventures of the protagonist Harold Kushner and his sidekick Murray to come.

Would you like to learn more about Orientation and the other Elements of Story? I'm also interested to know, have you ever had a chance conversation that sparked a story? I'd love to read your comments.